The Four Biggest Reasons for Mergers and Acquisitions to Fail

ORLANDO – Statista reported that in 2020, the value of global M&A deals amounted to $2.84 trillion U.S. dollars. Yet study after study puts the failure rate of mergers and acquisitions somewhere between 70% and 90%.

Mergers and Acquisitions (M&A) have been a major source for extracting revenue for Sellers. Who are the Sellers? They can be stockholders, owners, families, and partnerships.

On the other side of the M&A deal, Buyers are usually engaging in M&A to increase existing market share, expand into new markets, and increase revenue and profit. This buying methodology is more expedient than depending only on organic growth, and in some cases, a bolt-on acquisition can be a better fit for a Buyer’s strategic model.

Who are the Buyers? They can be Publicly or Privately held companies; and increasingly, they are Private Equity Firms and Family Offices.

In all cases, Buyers who do not succeed in getting good or limited returns on their Investment usually FAIL in one or more of the following categories:

The reasons for a 70% to 90% failure rate are many, but it often starts with the lack of a Strategic Plan. Too often, the decision-making process is without a strong focus, which seems counter-intuitive given the strategic importance of M&A decisions for a Buyer or a Seller. Simply put, an unfocused decision-making process yields unfocused and poor business decisions. Here are some of the most common symptoms of a M&A Process lacking a Strategic Vision:

The Merger of Sperry and Univac into UNISYS was one of the great earlier examples of a cultural disaster that I myself got to witness firsthand. Whenever one would attend a meeting of the combined companies, one would be asked if you are a Sperry or Univac person. It was downhill from there. In the late 1980’s, the combined company stock would drop from $47 a share to $4 due to massive missteps in the computer business and a large fraud in the government contracting business due to an insurmountable amount of friction between the two cultures which never allowed them to properly merge. As a result, UNISYS was never able to compete with its own previous higher performance rate.

In January of 2000, when I had both America On-Line (AOL) and Time Warner as clients, I was able to observe a disaster of epic proportions of market share destruction, as well as a destabilization of wealth yet to be matched. AOL bought Time Warner for $182 Billion in stock and debt making it the largest corporate merger in U.S. history. This was at the height of the internet bubble when companies were literally being valued by Wall Street on the amount of people or “eyeballs” that were going to their websites.

The two companies had entirely different cultures. AOL was a young company and selling their valuation on marketing “eyeballs” to advertisers on Dial Up speed internet connections caught up in the Internet Boom before the Bust.

Time Warner was a traditional style multi-industry media company with totally decentralized control allowing the music, movie, cable, magazine publishing, and internet businesses to go their own uncoordinated ways. Run by disparate Divisional CEOs who never met together, most of the supreme decision-making power occurred with the Corporate CEO of Time Warner. AOL did not have the experience or the culture to deal with a Time Warner deal of such a great magnitude and diversity. AOL never fundamentally understood how to get to their goal of a successfully integrated media giant, which resulted in the largest merger failure in U.S. history.

Culture obviously was only one of the factors that led to this failure between AOL and Time Warner, but the lack of culture was seen by outside experts as a huge non-financial issue that was completely overlooked. And lastly, the vast differences and experiences of both firms also made integration, a key goal, unattainable.

The one thing large companies have in common with Mid-Market Companies is the scale on which they make the same mistakes. Since company culture is viewed as a soft measurement in many M&A deals, it is often left out in much of the negotiation and decision-making processes in many deals, even though it leads to extreme or biased valuation and poor integration.

Valuation is a well-defined process for most industries with specific processes to make a sound financial judgment on a company’s market value and worth. Where it goes wrong is that business buyers and sellers have many non-financial reasons for applying emotional and highly exaggerated input to the process. Some examples of not being pragmatic about the Valuation process can be seen in many Sellers expelling parochial views on what they are really worth. Many may remember when Yahoo was an internet darling. It was worth at one time $125 Billion and Yahoo was the number two search engine company behind Google. 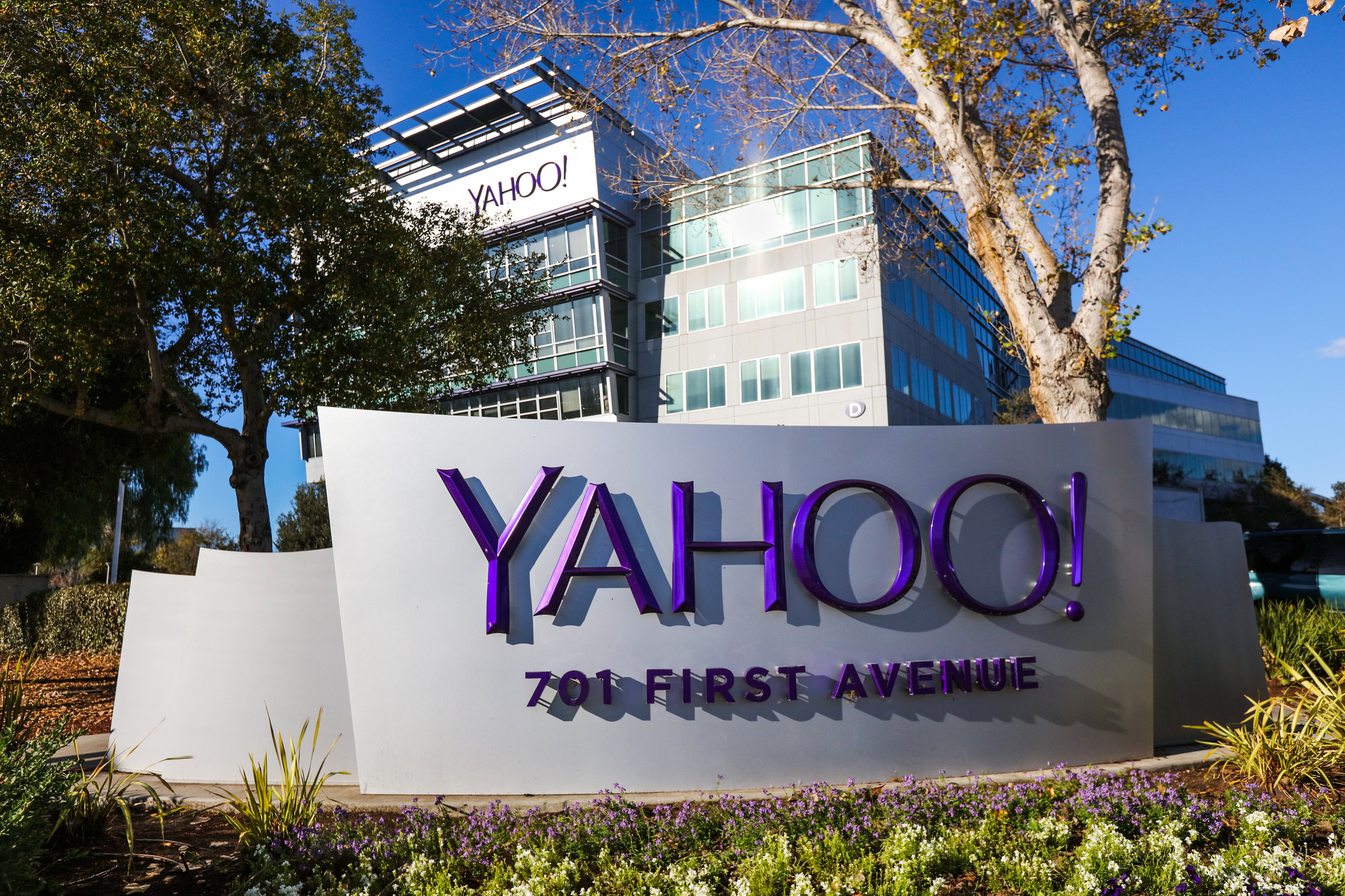 “Jerry Yang and David Filo founded Yahoo in 1998. Yahoo turned down an opportunity to license a new search engine created by two now well-known Stanford graduates which convinced Sergey Brin and Larry Page to start Google, a story that is similar to the BEST Buy Deal in the tech deal history of Silicon Valley. In 2002, Jerry and David had another chance to buy Google. They offered $3 Billion, Google wanted $5 Billion – which is a steal at today’s multiples and value – and they would not raise the offer.

In 2006, Yahoo could have bought Facebook for $1.1 Billion, but when their stock price dropped, they lowered the offer to $800 Million and Mark Zuckerberg walked.

In 2008, Microsoft offered to buy Yahoo for $44.6 Billion and Jerry Yang turned them down. Today Yahoo is an afterthought that was finally bought by Verizon. There was no Strategic Vision, but there was a lot of ego.”  Inc. by Allison Fass as told by Peter Thiel at SXSW.

Now let us look at what some smaller privately held Mid-Market companies have done. In one instance, I had a client who was told by one of his friends that he had sold his company in the same industry for 11X EBITDA and made $80 Million on the sale. The reality was his friend’s company was 3X greater in Revenue.  I call this, “My friend at the Country Club sold his company for $100 Million so I should get that or more” trap. In this example, the person boasting about his friends large deal received only multiple interests all at around 7X EBITDA which would value his company far less yet at a very good return for him.

Similar to the Real Estate Market, the M&A market defined by Industry has a known range of multiples, therefore, believing that you can get significantly more is following Hope instead of a Strategy, but we all know that “Hope is not a Strategy”. Is this dramatically different than some of the Yahoo case studies?

Though it does not seem so easy when you are in the middle of a M&A deal transaction process, the easiest part of any M&A Deal is the Identification, Due Diligence and then Purchase. The real work starts when you have to Integrate that company into your own company, or if you are a Private Equity Company – the integration of the new acquisition into one of your portfolio companies as a platform company or a bolt-on to a platform. Many Buyers need to begin the planning for the Integration of an acquisition well before the deal closes. But for most companies, it should be part of their M&A Strategy.

Even if it is the perfect target, the Buyer needs to have a well thought out plan on how to Integrate the Seller’s Leadership Organization, Financial Systems, Information Technology, Marketing, Sales, Supply Chain and Culture. Without a well thought out plan set against a strict timeline tied to increasing company efficiency in all areas, it will be difficult if not impossible to meet the financial goals set out for the Stockholders, Limited Partners, and Owners of the Buyer.

While the Daimler-Chrysler was a mega failure on many levels, the totally incompatible cultures exacerbated an overripe Valuation and a failed Integration that completely destroyed any potential value in the deal.

While there are many other areas of the M&A process that can lead to a good or bad result, we have found that these four categories are the ones that Buyers should focus on strongly, starting with a Strategic Plan to increase the chances for a successful acquisition.